Create a life you love and unleash your AWESOME!

Get Started6 Simple Steps to Unleash Your Awesome

Life Is Too Short to Stay Stuck and Unfulfilled

Are you living the life you want?

Is self-doubt sabotaging your progress? Is uncertainty about your next steps causing confusion?

It sucks to feel stuck…because you know you were made for more.

Most high achievers like you have struggled with these same issues at one time or another. I know from experience – it sucks!

The key is to remember that it doesn’t have to stay that way.

After getting my MBA from Wharton and spending over 20 years in the corporate world, I hit a wall. I was successful by traditional definitions of the word, making good money doing work that I absolutely didn’t love. I wasn’t fulfilled. I knew that there had to be more. But taking the leap to make a change was daunting. It brought up uncomfortable feelings of self-doubt and uncertainty that kept me stuck. Until I did the inner work that allowed me to move forward with confidence.

My transformational life coaching programs are designed to help high achievers like you navigate these challenges so you can close the gap between where you are and where you want to be. Because you deserve a life you love. 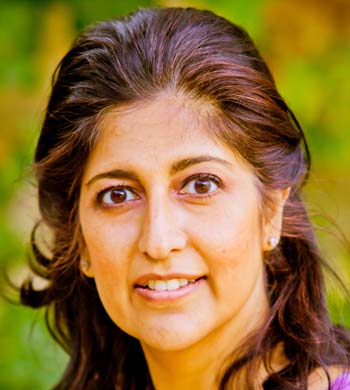 Are you ready for clarity, confidence, and constructive action?

It’s time for a change

During your complimentary discovery call, we will explore the specifics of your unique situation, including your concerns, needs and dreams.

Together we will design and implement a plan to get you into constructive action so you can achieve your goals with confidence.

CREATE AND LIVE A LIFE YOU LOVE

Reclaim your clarity and confidence. Find yourself excited to get out of bed each morning with a renewed sense of purpose, fulfillment, & meaning in your life.

Free: Get Instant Access to 6 Simple Steps to Unleash Your Awesome

Learn 6 tips to release what’s been holding you back.

Send me my free eBook! 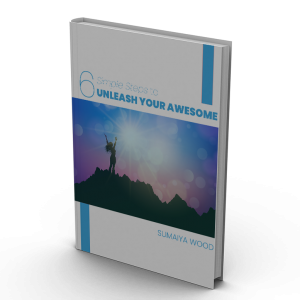 Often times, we sense that something isn’t right in our heart, mind or soul – we have a block that we can’t understand or see beyond; yet we can’t figure out how to get past it – or get out of our own way to achieve the clarity, peace, abundance, success and joy we are aiming for. That’s where a talented, experienced healer & coach comes in.

Working with Sumaiya is like having a gifted expert and personal advocate in one. Smart, studied and warm-hearted, Sumaiya has a tenacious nature that compels her to burrow into the very heart of what’s blocking you, getting you results and the life shifts you’re looking for.

I think of Sumaiya as a trusted partner on my life journey, and I highly recommend her ability to (re)empower you.

My experience was truly enlightening and eye opening. Starting this program at the end of the election cycle and finishing weeks after the outcome; I processed more than I had been prepared for. But through this experience, I believe I am now equipped with a framework for managing and confronting my fears and managing life’s unexpected outcomes in a manner that is consistent with who I am and who I want to be.

Your guidance, comfort, warmth and sincerity were key for me as I allowed myself to be in my journey. My plan is to carry this awareness and fortitude with me as I face each day and the joys and obstacles that each day brings. I cannot thank you enough for my quite unexpected takeaways.

With Sumaiya’s guidance and amazing support, a book project I’d been working on for ten years came into a powerful focus and clarity. She participated in a major way in getting my book to the finish line and keeping me in motion. My book has now been published by a division of Hay House!

In the past I worked with people who promised big results but never delivered. When I met Sumaiya, it was like “bang, we’re in action.” Sumaiya helped me identify and move through areas which were holding me back. She has a wonderful ability to cut through blockages, which to me was one of the most powerful aspects of working with her. She supported me in getting clear about what I wanted, and then helped me take action to manifest it.

The great thing is that there was never a bit of “pull” to it; I never felt like she was slave driving or that I was letting her down by not showing up with what needed to be done right away. Sumaiya was patient, and yet always maintained the expectation that I would get where I needed to be. I never felt any judgment, just total acceptance and her unwavering belief that I would complete what I needed to. Sometimes it felt as if she believed in me more than I believed in myself.

Sumaiya honored my vision. I never once felt her steer me in any other direction than toward what I wanted. I always had the impression that what I was doing was so important to her that she would help me do whatever it took to get it done. She was as enthusiastic about what I was doing as I was! She joined me where I was, and was also out in front of me with a clear sense about the right next steps.

Sumaiya aligned with my vision and became my partner in its achievement. Her participation was so much more than somebody just saying “here are some ideas of what you should do.” You can get advice like that from a book. But where can you get a coach that really understands your vision and then partners with you in bringing it into manifestation? That has been enormously helpful. She is the perfect coach!

I'M READY TO UNLEASH MY AWESOME!