Is Your Imagination Getting the Best of You? 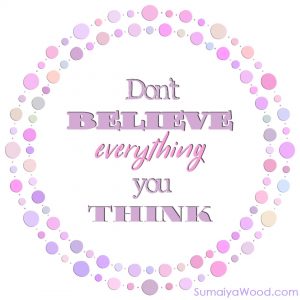 Like many men, my husband loves war movies. So getting him the DVD of Christopher Nolan’s Dunkirk for Christmas was a bit of a no-brainer. As we watched it recently, a number of metaphysical themes jumped out at me. One scene, in particular, reminded me of how our beliefs about and perceptions of reality shape our experience.

Towards the end of the movie, after a harrowing experience at Dunkirk and during their journey home, the soldiers disembark the boats that carried them to safety and head towards the trains that will take them to their next destination. An elderly gentleman (random trivia: played by director Christopher Nolan’s uncle John) is handing out blankets to the weary soldiers and says “Well done, lads, well done” as he hands a blanket to Alex, played by Harry Styles. Alex responds “All we did is survive.” Without looking up, the elderly gentleman replies “that’s enough.” Looking sad and confused, Alex walks on.

Tommy, played by Fionn Whitehead, is the next to approach the old man, who reaches up and touches Tommy’s face. It quickly becomes apparent that the old man is blind. Tommy takes his blanket and walks on to join Alex on the train. As Tommy flops down in his seat, Alex, with tears streaming down his face, laments “that old bloke wouldn’t even look us in the eye.”

In an earlier scene, feeling the weight of the defeat at and evacuation from Dunkirk, Alex says to one of the civilians taking them to safety “we let you all down, didn’t we?” His subsequent interaction with the old man was clearly being filtered through that belief.

Your Perceptions of Reality Are Not Reality 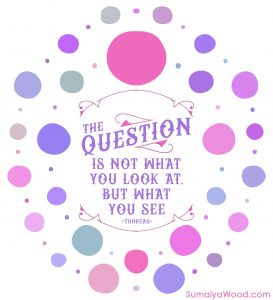 How often have you taken a snippet of information and spun a story out of it that may not even be true? I can’t even begin to count the number of times I’ve done that! We assign motives and meaning to the actions of others – family, friends, strangers – without having a clue as to what might really going on. We think we have the full picture and, more often than not, we don’t. The perceptions which frame that story form the lens through which we view our subsequent experiences.

I call that “Making Stuff (or S#*t, if you’re feeling a bit PG-13) Up,” and it’s generally not a productive use of our creative imagination. We often think we have the full picture of a situation after a few minutes (sometimes even seconds, as in the example from Dunkirk). And in making our assessments, we insert our own interpretation – ascribing motives and making up meaning – all through the filter of our perceptions, beliefs and opinions. We just make stuff up to fit our beliefs! It’s time to realize that your perceptions of reality are not Reality.

Ready for a New Perspective?

If you find yourself caught up in a story, spinning about something that may or may not be true, ask yourself the following questions:

As you ask yourself these questions, just be aware of any new insights that would shift how you’re seeing things. How can you apply those insights to the situation – to how you’re interpreting it, and how you react and respond to it?

What beliefs and perceptions of reality are you ready to revisit?