The Entirety Of Your Life Has Prepared You For This Moment

“His record is a litany of catastrophe.”

“We have a drunkard at the wheel.”

“I wouldn’t let him borrow my bicycle.”

These are all descriptions of Winston Churchill in the latest WWII blockbuster Darkest Hour, which depicts the epic challenges the British government navigated during the early days of the war.

Yet despite the overwhelming negativity surrounding him within his own party, Churchill was the only man the opposition party would accept following the resignation of Prime Minister Neville Chamberlain. And without his leadership at that crucial time in history, the world might look very different than it does today. 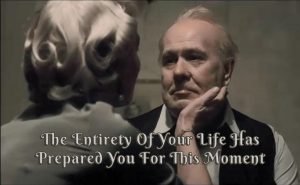 Churchill was imperfectly perfect for that particular moment in history. His resolve, resourcefulness, and imagination were shaped by his past experiences. He had a deep, inner conviction that his instincts were right even when everything and everyone around him indicated otherwise. This despite the disastrous Gallipoli campaign that he championed, and took the fall for, during World War I. Or his experiences during the Boer War that were referenced in the film. 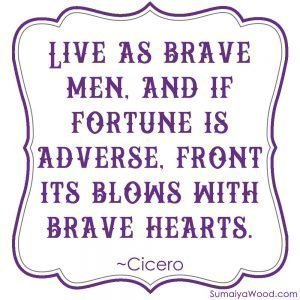 Churchill spoke of waging “war against a monstrous tyranny” and “victory at all costs” when senior leaders in his own party were seeking a negotiated peace with Hitler in order to protect the nation.

Illogically, he refused to see the German Panzer breakthrough into France as a “real invasion” at a time when the French military and civilian leadership did not have hope for mounting a successful counter-attack.

He was urged to “be rational” in the face of certain defeat.

Yet in his first speech to the nation as Prime Minister, he spoke of having “invincible confidence in the French Army and its leaders” to withstand the German onslaught. This despite the facts on-the-ground that indicated the imminent collapse of Western Europe. Rather than share the dire situation with the people of Great Britain, he said of his speech that “It will inspire them. I am going to imbue them with a spirit of feeling they don’t yet know they have.”

He came up with the audacious plan for the flotilla of fishing boats, yachts, and other craft that were called into service to support Operation Dynamo, the evacuation of troops from Dunkirk. Failure to do anything would have meant the near-certain death of over 300,000 British and Allied soldiers. This seemingly harebrained idea, against all odds, supported the transport back to Britain of over 338,000 troops.

Churchill marched to the beat of his own drummer, and the world appears to be better as a result.

As this beautiful scene between Churchill and his wife Clemmie (played by Gary Oldman and Kristin Scott Thomas) highlights, Churchill had fears and doubts. The weight of the world was truly on his shoulders. And yet the entirety of his life prior to that moment – the “good” and the “bad,” the so-called successes and the seeming failures – had all prepared him for everything he was facing. 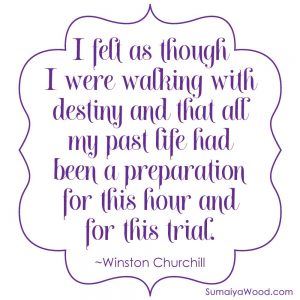 The same is true for you. Every one of your life experiences has prepared you for exactly what’s in front of you in this moment. You wouldn’t be where you are if you didn’t have the inner resources to navigate whatever you might be facing.

Nothing is missing. You may believe that you’re imperfect and, therefore, not up to the task. And the truth is that you are “imperfectly” perfect for whatever is in front of you.

So what if you have doubts? So what if you’re afraid? That doesn’t change the Reality of who you are. The second you begin to live from that Reality, to acknowledge that everything you need is present and accounted for right where you are, you create space for a shift to occur – for the perfect ideas, people, and resources to show up. That shift in you creates space for seeming miracles to occur in your experience. 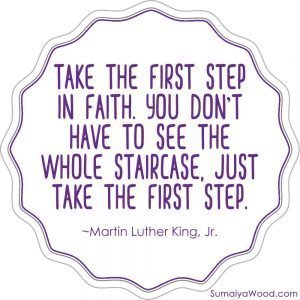 So if you find yourself stuck with a challenge and aren’t sure how to proceed, whether due to fear, or a sense that something is missing, try the following.

First, identify what, exactly, you believe is missing. Do you believe that, somehow, you’re not enough or in some way inadequate to the task? Are you lacking sufficient information or skills to proceed? Get as specific as possible about whatever it is that you feel is missing.

Then go within and ask yourself “What would be the best first step?” Or, perhaps “What would I do if I had whatever it is that appears to be missing?” And see what comes up.

If what comes up as the best first step seems illogical, don’t dismiss it out of hand. Remember that Churchill’s ideas and actions were not always logical to the outside observer. You aren’t here to do things the same way everyone else does them. So if something that seems crazy comes up and you find yourself resisting it, just be with it. Play around with it in your mind. And most of all, be open to it. It’s showing up for a reason, so just be willing to let whatever that reason is come to mind.

Be willing to explore the idea at a deeper level. And then do what comes up to do. You don’t have to do everything, just that first thing.

As you take action, not from a place of fear but from a sense that each step is what is coming up to do, additional information, insights, resources, and support will show up on your path. Then take the next step that comes up to do. And the next, and the next.

With each successive step, you’ll grow in confidence, in belief in yourself and in the process that’s unfolding.

Life has prepared you for this moment. All you need to do is remember that and go from there.