Your Perceptions Are Not Reality

Think about this for a moment. The sun, as it appears to “rise” every morning, “move” through the sky during the day, and “set” in the evening, led astronomers of old to conclude that the sun revolved around the earth. It wasn’t until the 16th century that Copernicus informed us otherwise. Yet, as I watch the progression of the sun each day, or go to the ocean to watch the sun set, it’s easy to understand how those old-time astronomers perceived what they did. But that didn’t make it Reality.

Astrologers often speak of planets going retrograde, appearing to move backwards in the night sky, creating all sorts of havoc when they do. And no planet ever truly retrogrades; they never really go backwards. It just appears that way to the human eye because of the orbit of the other planet relative to the earth’s. 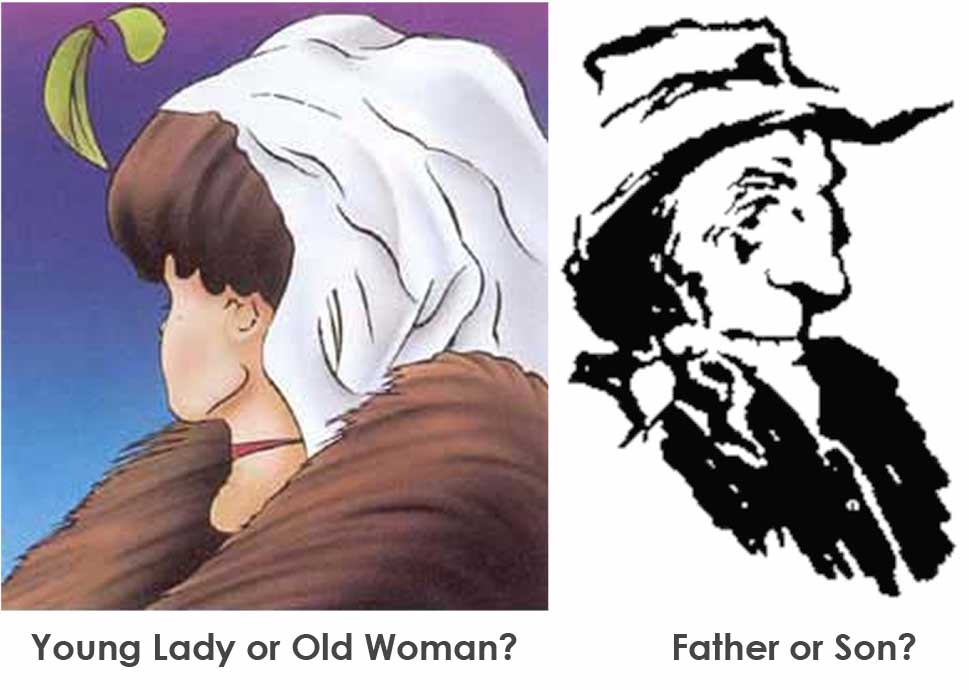 What Do You See?

The Yanny/Laurel audio from several months back and #dressgate from a few years ago brought the fallibility of sense-based perception into the pop culture mainstream. For the record, I very clearly saw a white and gold dress, and heard Yanny, so obviously my perceptions of reality are off. According to this article, that just means my brain is working overtime. So I’ve got that going for me! I like to think of it as a feature, not a bug.

This is the observer effect described by quantum physicists, where the seer impacts what is seen; where the same, seemingly objective experience, is perceived very differently.

What If Your Beliefs Are Wrong? 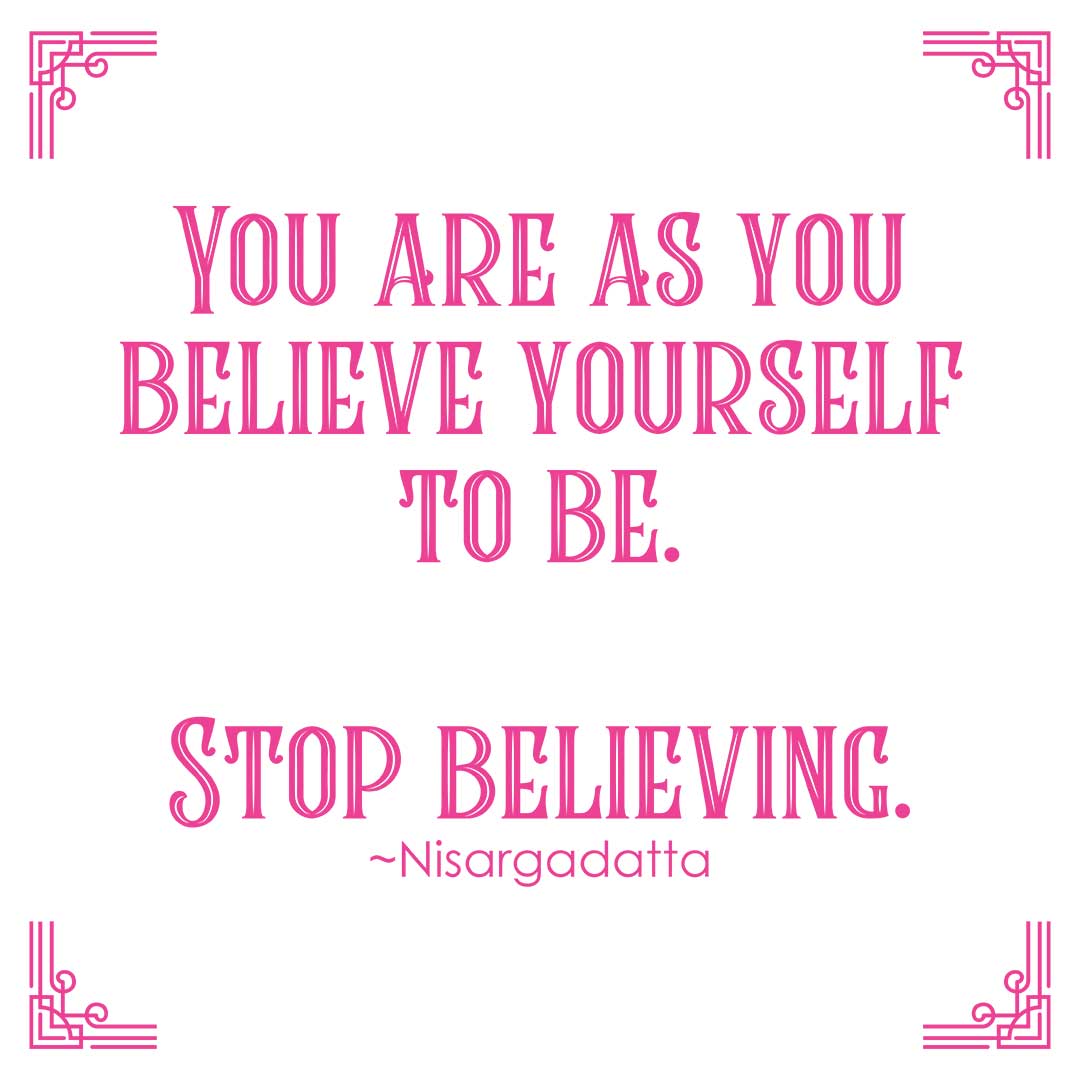 Bringing it to the present day sphere of politics in the U.S., rational individuals can view the exact same event, have access to the same “facts,” and perceive what happened in diametrically opposed ways.

If someone perceives things differently than we do, they must be wrong! The facts seem so obvious, we think. But what if our perceptions – and the beliefs, concepts, and opinions they’re based on – themselves are wrong?

Everything that frames our perceptions of the world around us – our beliefs, concepts and opinions – automatically puts us in a state of duality. They are the result of our labeling things as good and bad, right and wrong, and generally putting things outside of the Allness of God/Good.

In so judging the world around us, we necessarily limit our infinitude and, thus, fail to acknowledge our wholeness.

What’s At the Root of Your Perceptions?

Here’s the thing. Your beliefs and perceptions are all grounded in your underlying basic assumption about Life Itself. A quote that’s commonly attributed to Einstein (though I haven’t been able to find a source citation, so I don’t think he’s the one who actually said it) really captures this idea:

“The most important decision we make is whether we believe we live in a friendly or hostile universe.” ~Author Unknown

All of your beliefs and assumptions about Life stem from your answer to that question. Whether you’re conscious of it or not, your answer is always informing how you navigate your world and the stories you tell yourself about it.

The world we walk through always reflects back to us what we believe about it. And we are always collecting evidence to support those beliefs.

So when you live your Self as limited, as less than the whole of who you are, the world around you is filled with limitations – limited people who are deficient in some way, deprived, dispossessed, weak, vulnerable, inadequate, overwhelmed, indecisive, vacillating, and ineffectual. Victims suffering from limiting situations and experiences fill your awareness. Bullies of all shapes and sizes show up to assert the power – your power – that you have given away, so to speak, because you’ve failed to acknowledge it.

They are all reflecting back to you the limitations that you are, consciously or unconsciously, projecting out into your world.

What Is Righteous Judgment, Anyway?

If God is All, and thus the Allness of Good, there can’t be anything outside of God/Good. The “righteous judgment” discussed in John 7:24 is the acknowledgment of this spiritual fact, regardless of the appearance.

The continual acknowledgment of this, no matter what my senses perceive, is what Paul meant when he urged folks to “pray without ceasing. In every thing give thanks.” (1 Thessalonians 5: 17-18)

God, Mind, The Universe, etc., isn’t present only if your world looks a certain way, or absent if the appearance is outside of whatever framework or concept of good you’ve created. It took me a really long time to understand this fully, and I still have to remind myself of this fairly regularly when I start to spin about something in my world.

An Epiphany – It’s Time To Snap Out of It!

The discomfort you feel in observing any individual or situation negatively is your divinity knocking on the door of your awareness to get you to snap out of your stupor. Kind of like Cher to Nicholas Cage in Moonstruck…but I digress.

After experiencing weeks of agita around a few news stories that had dominated the headlines, I had a profound realization that I’ve been living Omnipotence (in the form of my refugees and illegal/undocumented immigrants) as weakness and limitation; my “others” as needing to be cared for or protected from something outside of themselves/God – whether foreign governments, gangs like MS-13, or domestic policies. This despite the fact that I’ve been pretty clear that only God is with respect to everything I’ve been reading and seeing in the news on the subject. Yowza!

I had a similar epiphany while exploring the current conversations about the U.S. Supreme Court from a metaphysical perspective. Mind doesn’t need to be protected from Itself. And the Supreme Court, each Justice sitting on the bench, the United States, its citizens and residents, and their “rights” under the Constitution are all synonyms for God. Nothing outside of It, and nothing else within. Mind is the only constitution and, therefore, can never be at risk. It’s only when I live any aspect of it as outside of God/Mind that I perceive it can be at risk.

What have you put outside of God’s Allness? Where are you living God as an absence rather than a Presence? Your answer to these questions will determine your experience of the world you walk through.

His disciples said to him: “The kingdom – on what day will it come?”
(Jesus said) “It will not come by watching (and waiting for) it. They will not say: ‘Look, here!’ or ‘Look, there!’ Rather, the kingdom of the Father is spread out upon the earth, and people do not see it.”

The kingdom is the Allness of Good, and It is presencing now. It’s up to us to acknowledge it.